This is PART ONE of a series of posts exploring the brokenness of Canada’s grant funding model, with a particular focus on my own municipal organization, the Calgary Arts Development Authority. 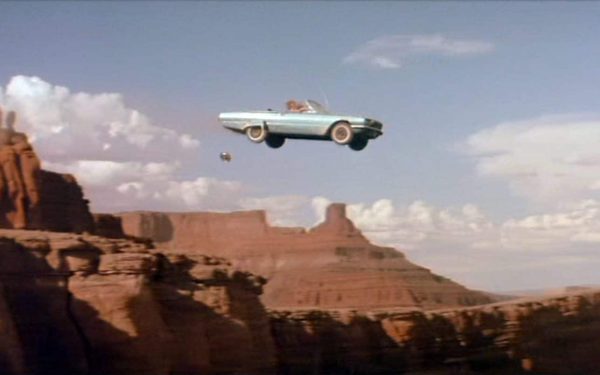 One of the books I read over the summer (its mid-October and Calgary has already been smacked around by two blizzards), was Thea Lim’s fantastic Ocean of Minutes. Having been reared on the Back to the Future trilogy, I’m a sucker for time travel, from the twisted and hard-boiled (Looper) to the hopelessly sappy (The Time Traveller’s Wife). Lim’s book handily accomplishes what genre does best – distract. Genre is the candy coating that makes our medicine go down. Or, to borrow from Anthony Giddens, genre is the bit of meat that distracts the dog while the burglar does their work. Lim wields time travel in exactly this capacity. Ocean explores multiple pressing contemporary topics, from epidemics to indentured servitude to corporate exploitation to border paranoia, under the guise of a time travel narrative.

In the Ontario-based Lim’s acknowledgements, she gives props to each of the basic arts funding tiers – municipal, provincial, and federal – presumably because she received funding from all three. She notes, kindly, how heartening it is to live in a country that supports its artists.

It’s a sentiment I wish I could share. However, this country does not, in point of fact, support its artists. Canada supports some artists. A select few, in fact. Our arms-length government agencies distribute funds according to a peer adjudication model. For the most part – though I will be addressing an exception – these juries are comprised of a panel of artists reflective of the discipline for which the grant has been submitted. If you’re a theatre artist, collective, or company, your grant goes to a jury composed of other theatre artists, who evaluate and rank the submissions, and ultimately conclude who will and will not receive some sweet cash money. In principle, who better than experts of a particular craft to evaluate the work being done in their field? In practice – and please try to hold your slack-jawed, wide-eyed surprise at bay – a whole lot of nepotism.

But the problems go far deeper than artists ensuring their friends get funded. The grants themselves, the questions they pose, have exerted an indelible influence on how Canadian artists operate – not only what art they make, but how they make it. We need not wade too far into the weeds on how various media contour and alter our thinking (though, for an excellent and very readable deep dive on media and neuroplasticity, check out The Shallows: What the Internet is Doing to Our Brains, by Nicholas Carr). A brief example: For at least as long as I’ve been writing Canada Council grants (over twenty years), I’ve had to answer some variation of the following question: “How will this project contribute to your, or your group’s, artistic development? Advance artistic practice?” Every artist, year after year, cycle after cycle, grappling with this question for every one of the (cumulatively) dozens upon dozens of Canada Council grants they submit… It shapes your thinking. You have to think about practice. Constantly. What it is, how its changing and evolving (even if it isn’t), the particular challenges to it posed by this project (even if there aren’t any). There are benefits to this onus on practice (that I’ll indicate below), but – as one of the four key components of this application (along with project description, timeline, and budget) it has also amplified the importance of practice to the degree that practice supersedes the project itself. In other words, how you make a work of art, and in some instances the presentational style by which it’s shared, has become just as, if not more important than, the substance of the artwork itself.

Another quandary related (though not exclusively) to the jury model is the way in which ideological values have contaminated application evaluations. To be clear, this is not to take issue with a particular ideology or value in and of itself (I’m a lefty progressive type who believes in freedom of speech and thought above all else), though, as a granting officer recently confessed to me, there is a degree to which these organizations have forced their applicants to compete in the “woke Olympics.” Rather, I want to examine the extent to which activism and art should be maintained as two separate (if sometimes interrelated) activities. I will save this topic for a later post, but suffice it to say, for the time being, that I recently read a two-page project description that devoted all of three sentences to describing the project, and lacked one of the three required sections, but incorporated the word “diversity” (or a variation thereof) twelve times. In an extremely heated contest, this application received funding. While this is in no way causal evidence, conspiratorial minds need not work hard to infer a correlation between ticking off a set of virtue boxes, and winning a place on the podium.

I wrote “heated competition” above, in regards to a particular grant cycle, but the truth is that every competition is heated. There are far to many passionate artists with worthy projects in need of cash. In my current base of operations – Calgary, Alberta – our municipal funding agency, Calgary Arts Development Authority, or CAD (I imagine they dropped that second A from their acronym to dampen their ostensible hegemony, and in so doing accidentally accorded themselves a more accurate moniker), distributed nearly seven-hundred thousand dollars worth of funding to local-area artists over the last three years. (To be clear, this sum represents funding distributed directly to artists, not the more substantial operational funding CAD also administrates.) Unpacking this 700K will be the focus of the next post, but let us say for now what an appallingly low sum is. Calgary doesn’t blink twice spending half a billion on a single overpass, but can barely scrape together two hundred and fifty grand per annum for its artistic community.

Here’s something we inevitably hear at such a juncture: I don’t want my tax dollars going to a bunch of lazy, self-entitled layabouts!

Okay. Well. Setting aside the fact that the arts are a significant economic driver – of travel, restaurants, hotels, so on and so forth – I, personally, don’t give a shit about sports, and I’m pretty sure a hefty chunk of my tax dollars go into keeping the stadiums standing. So we can either have a society where everybody pools their change knowing some of it will subsidize things they don’t like or want or care about, or you can figure out how to implement and administrate an a la carte redistribution system. Good luck!

Second, I often hear grants described as “free money.” An analogy: Say you’re an accountant. You love being an accountant, but it’s a lot of work. In and of your (often overwhelming) daily grind of accounting-related activities, every few weeks, your boss informs you that if you want to get paid, then you’ll have to devote several days or weeks of time and labour applying for your salary. You will, of course, be paid nothing for doing this, with no guarantee you’ll enjoy a successful result. In fact, the chances are only one in ten that you’ll succeed. But what, you ask, will you do if you don’t get your salary? Nobody’s problem but your own.

The arts is one of the few industries where many of its workers are forced constantly and in perpetuity to apply for their salaries, with the majority of those applications being rejected. That’s about how “free” the money is.

There’s a connection, I believe, between this constant competition and economic uncertainty, and the ferocity with which issues of “identity” have infiltrated the artistic ecosystem. But this, too, will have to wait.

This leads me to a (kind of) paradox. For all the stress and instability of scrambling for dimes, I love being an artist. Money or no, this occupation bestows many benefits. I work hard, but have also been afforded the luxury of an artistic career by dint of growing up in an upper-middle-class family, and all the advantages accorded thereby. However, as much as I love being an artist, I hate writing grant applications. Every artist I know hates writing grant applications. For one, they’re a massive time sink (I once helmed a theatre company, and the running joke was that I spent 90% of my time on admin nonsense, grant writing included, that allowed us to eke out the 10% of our time we actually got to spend making theatre). The application’s questions are obtuse and frustrating. The juries and results are opaque. (I have next to no sense of the difference between the grants that are funded and those that aren’t, beyond a bit of divined offal.) And – if you haven’t gotten this point as yet – all of your efforts are often for naught. There are benefits to writing grants regardless of funding – articulating your project according to the terms of the grant is helpful in fleshing out your thinking; in considering your project from different angles – but I would not necessarily say that the abstract profits outweigh the psychic and emotional and financial costs. And it is these deficits I’ll be unpacking, along with a ream of other infractions, in this series.